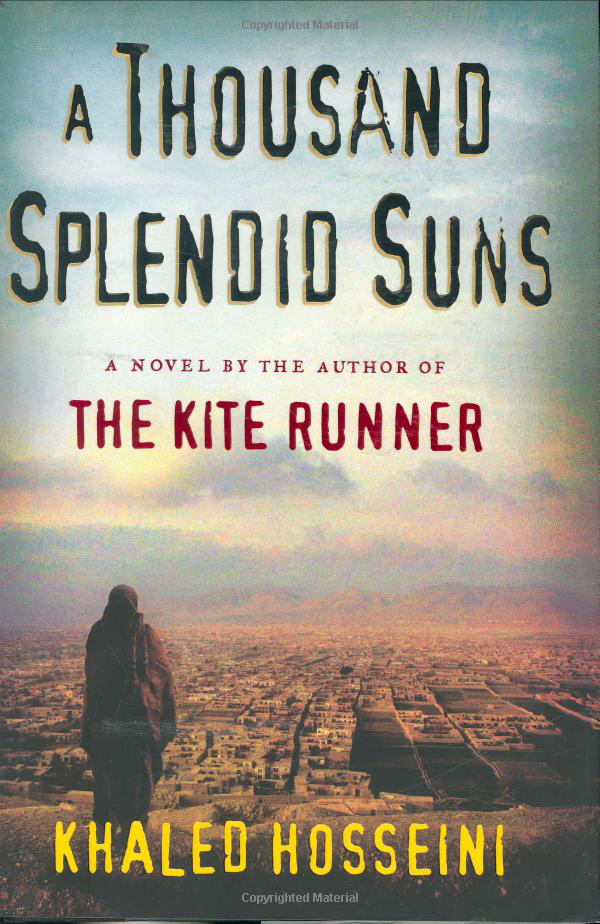 The novel is written by Khaled Hosseni. I love this novel so much that I have read it twice and have shared it with my students. I told them the story when we have a little rest during the class. They enjoyed the story as well. I am deeply moved by the fate of the characters.
Living in a poor country and a terrible family for nearly thirty years. Mariam had a special short life of her own. And another character Laila was much more lucky than her. At least she had a happy childhood with her dear family and her friends. She was not lonely and her father loved her so much and took so much importance on her education, which Mariam could never imagine to have.
I was deeply shocked when Mariam’s mother Nana hung herself after Mariam went out to find her father by herself and didn’t come back during the night. Mariam’s life was completely changed after that. She was later sent away by her father and married a shoe maker Rasheed who made Mariam suffer a lot both mentally and physically.
Life had always been so hard for her, but she endured(忍耐) it so well and she even thanked the arrangement of the fate. Mariam was just like the thousand splendid suns that always give hope and make life so bright. In a word, it is a wonderful novel.
本时文内容由奇速英语国际教育研究院原创编写，未经书面授权，禁止复制和任何商业用途，版权所有，侵权必究！（合作联系：028-84400718  QQ：757722345）
请先登录
最新评论
点击显示
本文翻译请先完成本篇阅读