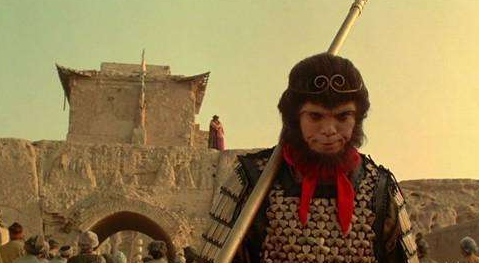 Today I reviewed a Hong Kong film A Chinese Odyssey, a film I had watched many times. In my view, this is a classic film, a comedy film, and a good film. There are many famous film stars in it, such as Stephen Chow, Athena Chu, Ng Man Tat and Ada Choi.
The film, A Chinese Odyssey, consists of two parts. Part One is named Pandora’s Box; Part Two is named Cinderella. The film is based on a well-known Chinese novel Journey to the West, but has recreated many scripts that are laughable as well as make you deeply think of a main theme—love.
Stephen Chow is the leading role as Monkey King, who has two loving stories in both parts of the film. As a comedian, Stephen has a perfect performance in the whole film making you laugh with tears.
It is a good film for you to watch. I’m sure you won’t feel disappointed(失望的). Just suck it and see.
本时文内容由奇速英语国际教育研究院原创编写，未经书面授权，禁止复制和任何商业用途，版权所有，侵权必究！（投稿及合作联系：028-84400718  QQ：757722345）
请先登录
最新评论
点击显示
本文翻译请先完成本篇阅读