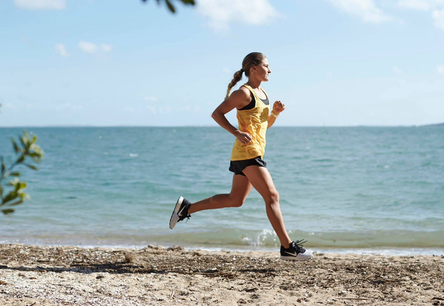 In the United States, a nation fatter than any other, running remains the most popular workout activity. That's according to a Fitbit analysis of fitness tracker user data. Here’s the cruel fact, though: Running miles at a time doesn’t shed fat as efficiently as other forms of exercise. In some ways, it doesn’t help much at all.
As fitness author Lou Schuler explains in his book, The New Rules of Lifting For Women, relying on long-distance running to lose weight becomes a key problem. The human body, ever-resourceful, eventually adapts to the repetitive nature of running. That means the body burns fewer calories for the same amount of work. “If your goal is to be leaner, then greater endurance isn’t really to your benefit,” Schuler says.
Dr. William Roberts, a former president of the American College of Sports Medicine, said, “But if I’m looking at a gym and looking at what I can get, it’s whatever I can use that moves and works the most muscle groups at the same time.” “That means adding strength training to any pure running routine, ”Roberts said, “the latter of which neglects upper body muscles.” “Losing weight requires about 40 to 60 minutes of activity most days of the week, ”he said. “If you can build strength and build muscle mass, you’re going to burn more calories,” Roberts said. That’s because strength training causes tiny tears in the muscles. Those require calories as they repair, meaning your body keeps working long after you leave the gym.
If you love running, fear not: Sprinting may work as well. A study from the University of Western Ontario asked one group of people to run at a slow, steady pace for 30 to 60 minutes, three times per week. Another group ran 30-second sprints, between four and six of them, three times each week — a way less time-intensive routine. The sprinters shed more than twice the body fat of the joggers after six weeks, while gaining some muscle mass.