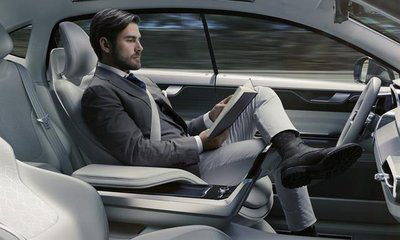 Americans are worried about new technology. They are concerned that machines, including robots, will take over work now done by humans. These findings come from a new report by the Pew Research Center of Washington D.C.
About 75 percent of Americans questioned by Pew said automation will increase income inequality between the rich and the middle class and poor. And 64 percent of people expect automation to be so common in America that people will face difficulty finding things to do with their lives.
Some of the concerns about technology come from a distrust about whether machines will always make the right decision. Pew said many Americans believe humans have better judgement in dealing with complex matters or when there is not one clear answer.
Americans have similar doubts about riding in a car without a driver. The Pew Research Center found that 56 percent of Americans would not ride in a driverless car. Fifty-nine percent said they would not use a robot teacher.
Most Americans want the government to limit automation. For example, 87 percent support a requirement that all driverless vehicles have a human in the driver's seat who can take control when needed. And 85 percent want to limit machines to mostly doing jobs that are dangerous or unhealthy for humans.
About 33 percent of Americans believe that their own jobs are threatened by automation. About one in five said they knew someone whose hours were cut, or whose jobs were lost all together because of automation.
本时文内容由奇速英语国际教育研究院原创编写，未经书面授权，禁止复制和任何商业用途，版权所有，侵权必究！（投稿及合作联系：028-84400718  QQ：757722345）
请先登录
最新评论
点击显示
本文翻译请先完成本篇阅读