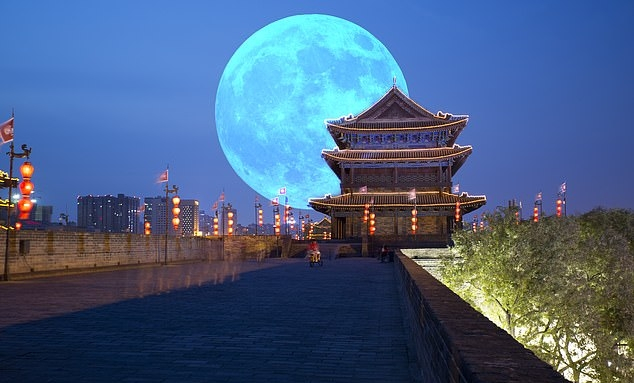 Chengdu, a city in southwest China, is planning to launch an “artificial moon” that will light up the skies as far as 50 miles around.
The satellite set to deploy over Chengdu in 2020 is designed to be eight times as bright as the real moon, to cast a “dusk-like glow” over the region. Officials have released few details on the project, but say the idea pulls inspiration from a French artist who envisioned a necklace of mirrors hanging over Earth.
It will complement the moon to make Chengdu’s night skies brighter when launched in 2020, possibly working as a replacement to traditional streetlights. The artificial moon can be controlled to light up an area between 10 and 80 kilometers wide.
While it might sound impossible, the technology has been in the works for years and has now “matured” toward readiness. Whether the plan will finally be completed, however, it remains to be seen.
Chengdu’s artificial moon has already been met with criticism from skeptics and concerned citizens who argue that the light will have adverse effects on animals and astronomical observation.
It’s not the first time humans have attempted to launch a light-reflecting object into the sky, but in the past, such plans largely ended in failure. Last year, for example, a Russian team attempted to deploy what was touted to become “the brightest object in the night sky, after the moon”.
本时文内容由奇速英语国际教育研究院原创编写，未经书面授权，禁止复制和任何商业用途，版权所有，侵权必究！（投稿及合作联系：028-84400718   QQ：757722345）
请先登录
最新评论
点击显示
本文翻译请先完成本篇阅读