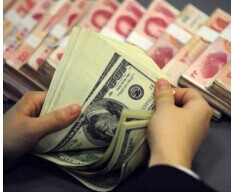 A survey has found no direct correlation between wealth and happiness although money still tops the list of factors affecting people's feeling of happiness.

Some 61.2 percent of 36,315 people said they feel happy with their lives while 13.7 percent said they are not that happy. On a scale of 0 to 10, the average happiness score among the responders is 6.6.

When asked which factor most affects their feelings of happiness, the most of responders said money, followed by health and marriage.

When asked what government action could improve the feeling of happiness, most chose a pay raise, better food safety or social security.

People's feeling of happiness is mainly decided by how much they get from social resources and interests, said Dai Changqing, deputy head of the Development and Educational Psychology Institute of Wuhan University.