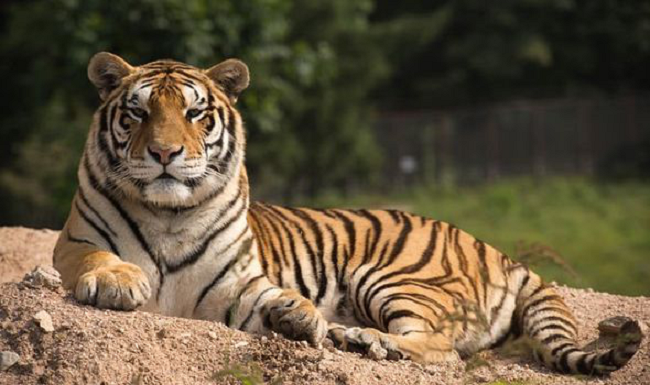 Tigers could be extinct within a decade according to an animal charity which has launched an international plea to help save the threatened species.  Born Free has said the tiger population has plummeted by 96 percent in the past 100 years. And in the next 10 years, the entire population of tigers—estimated to be 4,000—could be wiped off the planet. The dramatic reduction in the population is due to illegal hunting and habitat destruction.

Howard Jones, CEO of Sussex-based Born Free, said, “Tigers need our invention more than ever due to countless threats including human-wildlife conflict. That includes poaching for their body parts for traditional ‘medicine’. It’s unimaginable to think of a world without tigers but unless we act now, the consequences could be terrible.

“We urgently need support for our Living with Tigers initiative so we can encourage human-wildlife co-existence through education and by involving the local community in a number of unique initiatives to improve their livelihoods.” The charity is working with seven Indian NGOs to increase efforts to deal with poachers and the increasing cities in India because of its rapid human population increase and habitat loss due to deforestation and chaotic or ill-considered rural development.

Kishor Rithe, founder of the Satpuda Foundation, which is a partner of the Living with Tigers network, said, “There are canals, roadways, railways, transportation lines and all sorts of projects that are proposed across the landscape. “I believe that every responsible agency should think about making the balance of ecology.”