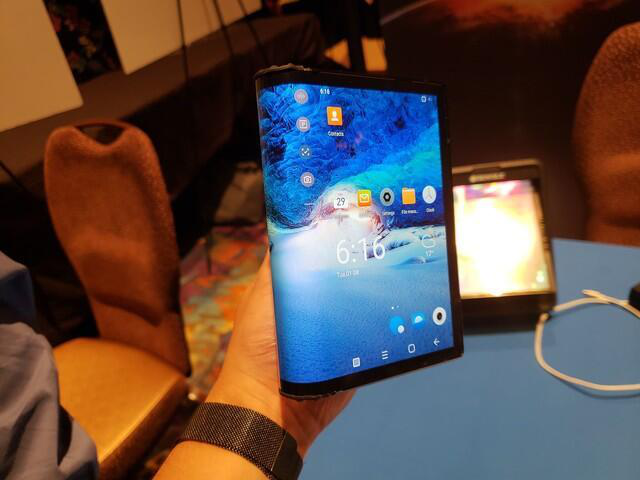 If you’ve bought a phone in the last decade or so, it’s likely that you’ve bought an increasingly nice rectangle.
Other than sharper screens, better cameras, or improved battery life, there really haven’t been any massive changes to the structure of the smartphone in over 10 years now. But it seems like 2019 is set to buck the trend.
Recently, we’ve had squeezy phones, curved phones, notched phones, and now, we are getting bendable phones. Unlike the gimmicks of years past, these might have some value.
There have been some early indications about where phone makers have been heading. Companies like Samsung and LG have shown off flexible displays at trade shows for years, leading some to believe that there would be a future where we’d roll up our phones like a newspaper. That future has been slow-moving, but this year at the CES electronics trade show in Las Vegas, electronics manufacturer Royole showed off the FlexPai, which it calls the first “fully flexible display” electronic device. In plain English: that’s a smartphone that folds out into a tablet.
Even though it’s being folded over itself, the FlexPai’s display doesn’t snap or bruise—which, definitely don’t try with your current phone’s display. It’s meant to replace the need for two devices, by being two devices in one. A developer model of the phone is available now, for only $1,318.
本时文内容由奇速英语国际教育研究院原创编写，未经书面授权，禁止复制和任何商业用途，版权所有，侵权必究！（作者投稿及时文阅读定制请联系微信：400-1000-028）
请先登录
最新评论
点击显示
本文翻译请先完成本篇阅读