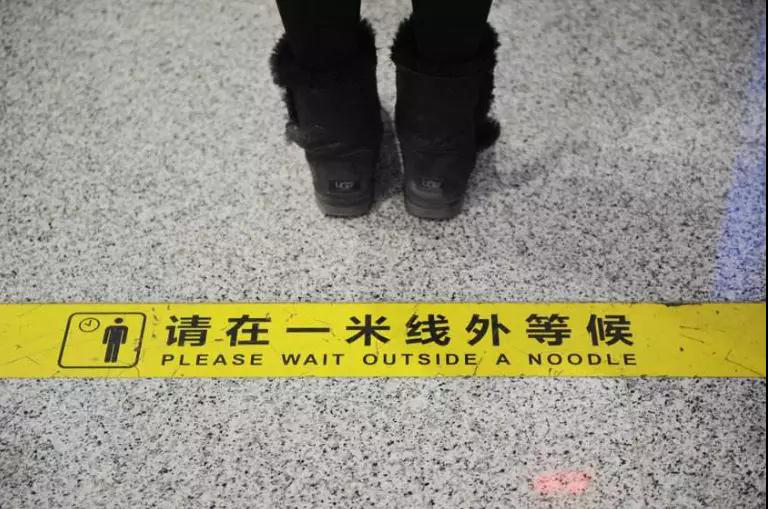 Do not glissade when you see a sign in a washroom telling you to "Slide carefully!" as it actually means "Caution wet floor!"
Likewise, do not look for a bowl when a bank sign asks you to "wait outside a rice noodle". Instead, search for a yellow line, or "one-meter line," which is spelled the same as "a (serving of) rice noodle" in Chinese.
In order to make the city a more foreigner-friendly place, Beijing is in the midst of a colossal clean-up of the hilarious, ubiquitous English mistranslations known as Chinglish.
Chen Mingming, executive vice president of the Translators Association of China and advisor to the correction campaign, said, "Translations of public signs not only help foreigners, but their quality also shapes the image of a city."
Some mistranslations were a result of verbatim translations such as a shop sign that reads "name smoke name liquor" (branded cigarette and liquor) on Beijing's shopping street Wangfujing, while some others stumbled at polysemantic Chinese words like an emergency exit whose English translation sign reads "export" (export and exit share the same word in Chinese).
Zhang Qian, vice head of the office, said signage of private businesses where owners often resort to the Internet for quick solutions, have formed a new citadel for wrong translations.
本时文内容由奇速英语国际教育研究院原创编写，未经书面授权，禁止复制和任何商业用途，版权所有，侵权必究！（作者投稿及时文阅读定制请联系微信：400-1000-028）
请先登录
最新评论
点击显示
本文翻译请先完成本篇阅读