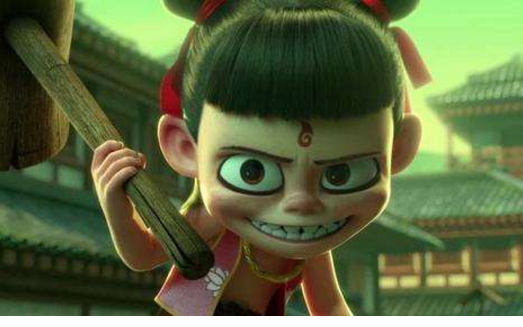 Ne Zha, which officially opened in cinemas in China on Friday, has earned rave reviews and is rated higher than Monkey King: Hero is Back. It is also China’s first 3D animated feature film released in IMAX format. Since July 13, previews of the film have taken more than 140 million yuan at the box office.
Ne Zha has more than 1,300 special effects shots, and it took over 20 Chinese special-effects studios, employing more than 1,600 people. It took Jokalate Yang Yu, 39, the film’s director and screenwriter, two years to refine the script of Ne Zha, and the film was in production for three years. It is the most complex animated production ever made in China. In Yang’s film he is fighting prejudice: Ne Zha is hated, feared and shunned as the reincarnation of a devil. But Ne Zha believes his fate is not predetermined and that he can choose to be a demon or a god.
"After watching so many domestic animated films, only Ne Zha and Monkey King: Hero is Back have made me shang tou (obsessed or fascinated)," a Weibo user commented under the promotional video. "I couldn't believe a domestic animated film can be created with such a well-developed story. I'm sure Ne Zha is gonna go viral this summer!" reads another comment on Douban.
本时文内容由奇速英语国际教育研究院原创编写，未经书面授权，禁止复制和任何商业用途，版权所有，侵权必究！（作者投稿及时文阅读定制请联系微信：400-1000-028）
请先登录
最新评论
点击显示
本文翻译请先完成本篇阅读