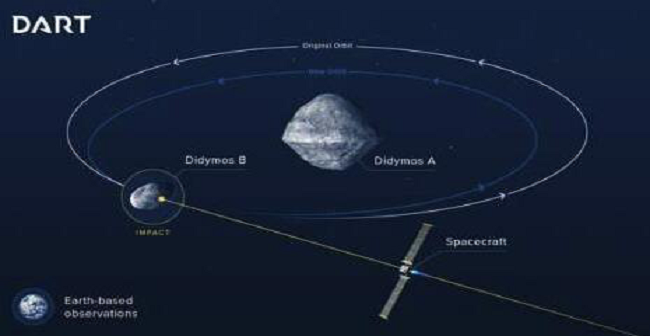 Which of these celestial objects is called a minor planet? Pluto, Asteroid, Moon, Sirius. Asteroids are also called minor planets, objects that orbit the sun but are neither planets nor comets.
NASA and the European Space Agency are teaming up to see if they can throw an asteroid off course. In three years, a certain asteroid and its moon are expected to pass between Earth and Mars. Scientists are hoping to smash a spacecraft into the smaller rock and then take measurements to see if the collision was able to change the moons orbit around the asteroid.
OK, why? They're hoping to find out whether it's possible to redirect an asteroid if one is on a collision course with Earth someday. The mission is estimated to cost NASA around $314 million, but it's not the space agency's only mission that involves an asteroid. The Osiris-Rex mission, which sounds like a dinosaur, is an $800 million effort to bring a sample of an asteroid back to Earth.