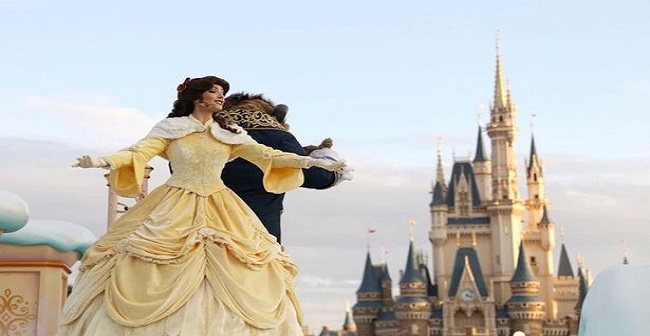 Many little girls and boys wish they could be like Cinderella and Prince Charming when they grow up and now a few lucky adults will actually have the chance to become them. That's because Disneyland Paris is currently on the hunt for new people to work in their park as Disney and Marvel characters.
Auditions are being held in the UK in January for new member roles. The website states that they are looking for "enthusiastic and highly energetic people to join our characters and parade department". Do you think you have the ability to work in the most magical place on earth? Well, then keep reading.
No specific roles are mentioned in the advertisement, but it does state that the jobs will involve performing in character, joining in parades and dancing. So there are a few requirements that you'll have to meet in order to get yourself a part. Firstly, you must be aged 18 or over and will need to have a good level of dance ability. Candidates, who want to join us should also be able to speak English and French, have different characteristics of a Disney character so as to be a credible person, and should be between 137 and 193 cm tall. No early acting experience is necessary.
本时文由奇速英语国际教育研究院提供，未经书面授权，禁止复制和任何商业用途， 版权所有，侵权必究！（作者投稿及时文阅读定制请联系微信：18980471698）
请先登录
最新评论
点击显示
本文翻译请先完成本篇阅读