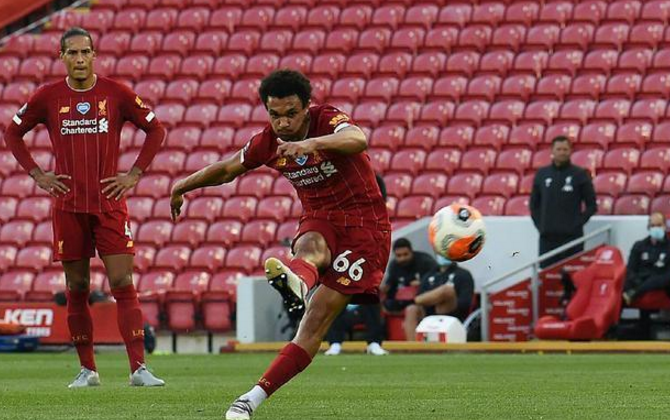 The Liverpool Football Club won the Premier League(英超联赛) title. It was the first title after 30 years. At that time, Kenny Dalglish was the coach of Liverpool. He was one of the best players in the Premier League in history. Many people liked him.
Recently Chelsea and Man City played a game at an empty stadium. Chelsea won the game. It means that no team can be better than Liverpool in the league. Liverpool won ahead of schedule. Liverpool fans got this information. The fans came to Liverpool’s stadium. They met in the street. They started to celebrate. They made fireworks.
More than 2,000 people came. The coronavirus(冠状病毒) is in the UK. People must not meet in large groups. However, police did not stop the fans.
本时文内容由奇速英语国际教育研究院原创编写，未经书面授权，禁止复制和任何商业用途，版权所有，侵权必究！(免费同步微课、每日口语、单词速记关注奇速优课公众号)
请先登录
最新评论
点击显示
本文翻译请先完成本篇阅读