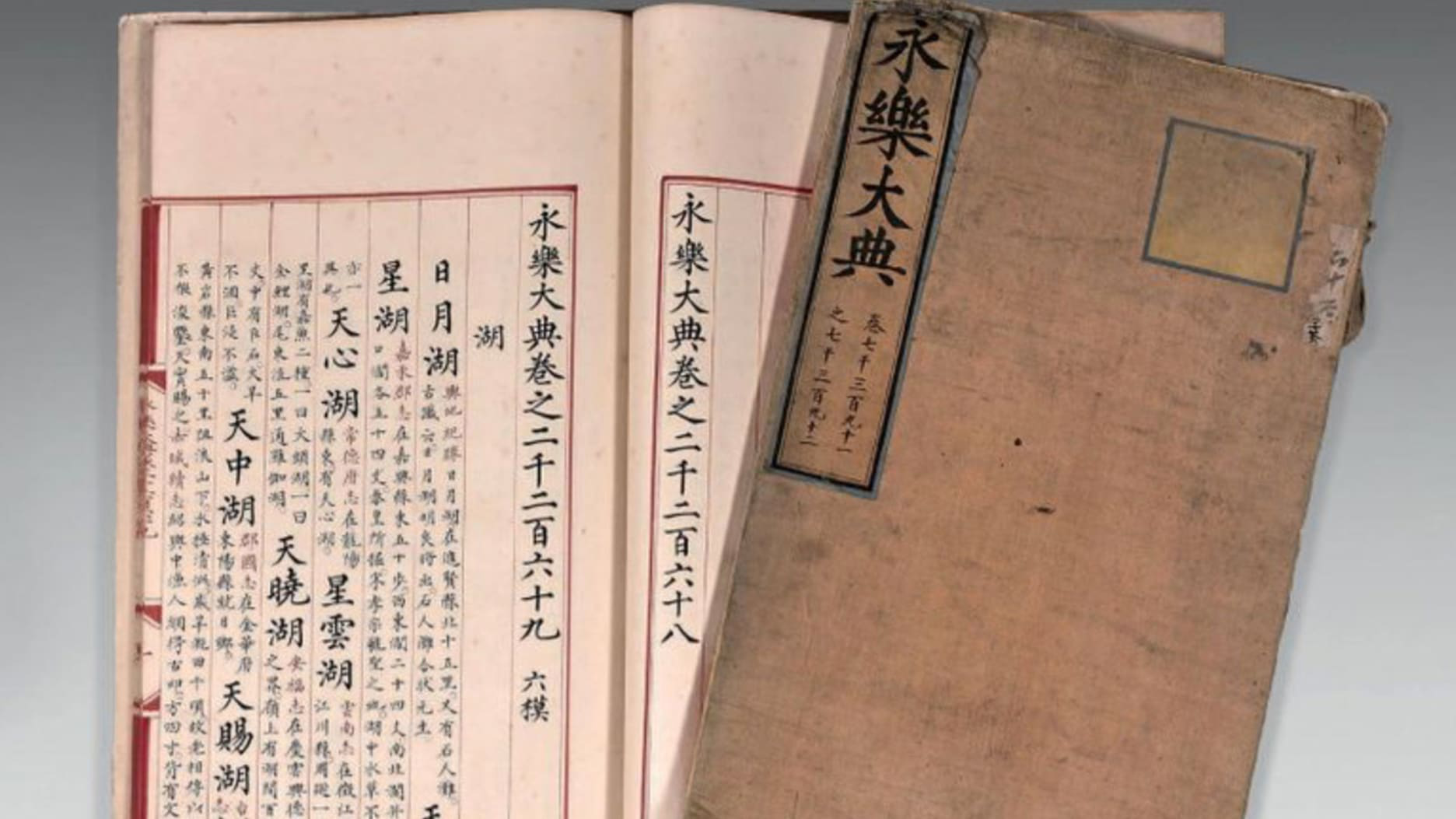 Two rare volumes of an ancient Chinese encyclopedia sold for more than €8 million ($9 million) at auction on Tuesday, more than 1,000 times the estimated price. The encyclopedia, known as the Yongle Dadian, was originally commissioned by Yongle Emperor, the third ruler of the Ming Dynasty, who reigned from 1402 to 1424. More than 2,000 scholars worked on the encyclopedia between 1404 and 1408, according to Beaussant Lefèvre, the Paris-based auction house that made the sale.
The Yongle Dadian is the largest encyclopedia in the world, and originally consisted of 22,877 chapters. In 1562, the Jiajing Emperor, the 11th Ming ruler, ordered two copies of the encyclopedia to be made, but the original was lost due to many wars, thefts and fires that occurred under the Ming Dynasty (1368-1644), the auction house said.
While the two volumes sold on Tuesday are copies, they are extremely rare, with only 400 known volumes, or 4% of the original encyclopedia, left in existence. The books, which measure 20 inches by 12 inches, were written in red and black ink on paper. While printing techniques had been developed at the time, the encyclopedia was written by hand due to its length. One volume is about the lakes of China and the other informs readers about funeral rites. Together, they were bought by an unnamed buyer for €8.128 million including fees. Before the auction, they carried a price estimate of €5,000-€8,000.
本时文内容由奇速英语国际教育研究院原创编写，未经书面授权，禁止复制和任何商业用途，版权所有，侵权必究！(免费同步微课、每日口语、单词速记关注奇速优课公众号)
请先登录
最新评论
点击显示
本文翻译请先完成本篇阅读