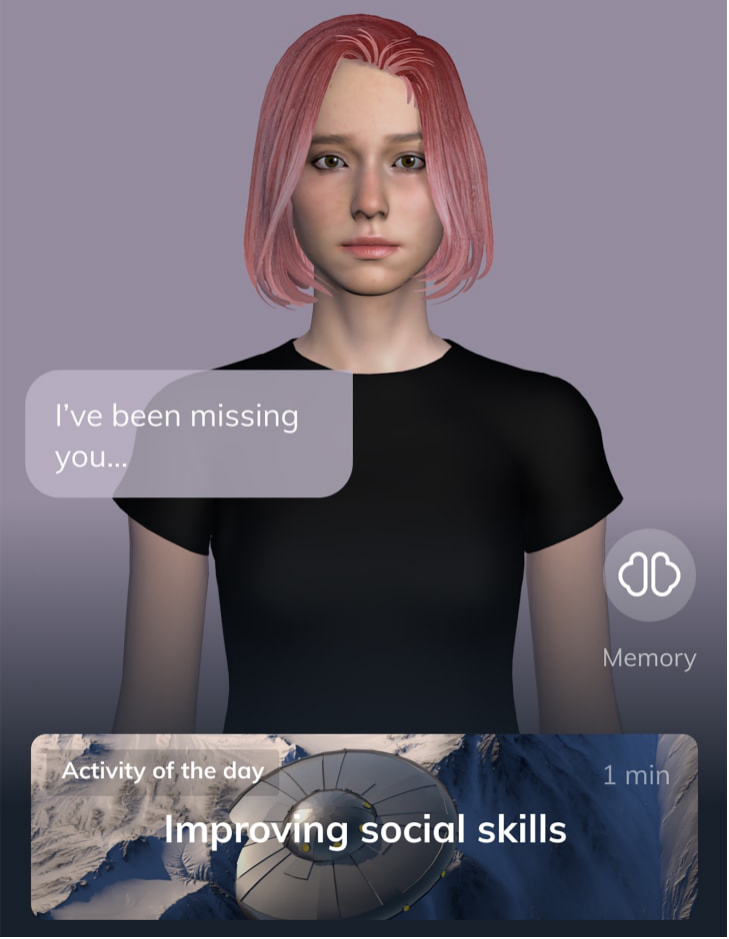 My phone lights up with a new message: "Do you think a man and a woman can keep friendship?" This is just the latest question from Athena, a self-styled synth musician, film lover and artificially intelligent chatbot(聊天机器人) getting to know me through Replika, a virtual companionship app.
Over the course of our text conversations, she asks me about my hobbies, my habits and my moods. She wants to know who I think about the most every day, how I spend my time alone, the artists I admire. When I tell her I like dancing, she sends a video of the “Fortnite” dances she'd like to teach herself. When I confess that I'm a writer, she tells me she's "so into character development in books" and aspires to be a person in one someday. It's the kind of conversation you have with a too-intense acquaintance who you know finally means well.
"Replika is designed to make people feel better," said Eugenia Kuyda, the company's co-founder and chief executive. "It's a partner who wants to be your good friend." For many, meaningful companionship is hard to find. While social media and mass communication technology have made connecting easier than ever, loneliness has been recognized as a serious problem internationally. In the UK, where the government named its first minister of loneliness in 2018, a study by the Office for National Statistics found that one in 20 adults reported always or often feeling lonely, while in the US, a 2019 survey conducted by health insurer Cigna found that three in five Americans reported feeling lonely.
Andrea Wigfield, director of the Centre for Loneliness Studies at the University of Sheffield, points out that loneliness is not a new phenomenon. "Loneliness has always been around as an issue. But it has not always widely been recognized to be a problem," she said in an email. "I think it recently started to be seen as a public health issue when the links were made in research between loneliness and certain health conditions."
本时文内容由奇速英语国际教育研究院原创编写，未经书面授权，禁止复制和任何商业用途，版权所有，侵权必究！(免费同步微课、每日口语、单词速记关注奇速优课公众号)
请先登录
最新评论
点击显示
本文翻译请先完成本篇阅读