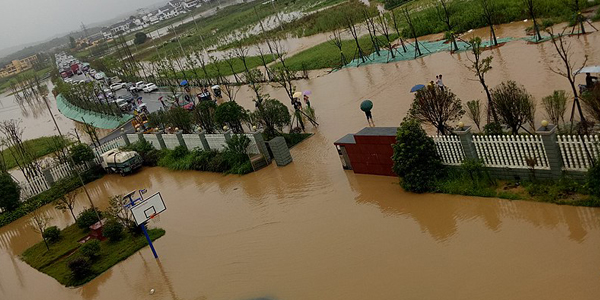 A big flood hit eastern China. The flood happens along the Yangtze River or the Changjiang River. The Yangtze River is the longest river in Asia. It is the third longest river in the world.
Officials said that it was the biggest flood in the country in many years. The flood lasted over one week. More than 300,000 people must leave their homes. The flood destroyed many towns and villages. Many people lost their homes. People didn’t have anything to eat.
In Poyang County, heavy rain destroyed towns and villages, and more than 5,000 people had to leave their homes. Officials used 54 boats to rescue almost 2,000 people. In Shexian county, people started to clean the streets and homes after the flood.
本时文内容由奇速英语国际教育研究院原创编写，未经书面授权，禁止复制和任何商业用途，版权所有，侵权必究！（作者投稿及时文阅读定制请联系微信：18980471698）
请先登录
最新评论
点击显示
本文翻译请先完成本篇阅读