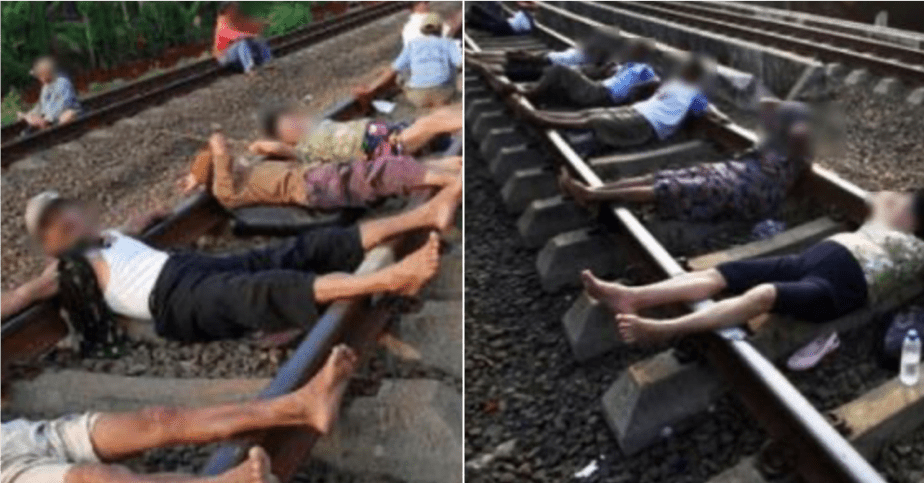 In certain situations, alternative medicine or treatment, which can be used instead of something else, can play an important role in a personal fight against certain illnesses. However, a part of these are unproven and can be dangerous as the practice is not supported by proper research. From eating bear claws to wearing tiger teeth on a necklace, the health benefits behind all of these are still unclear and can be bad for the environment as well.
Every culture has its own set of alternative medicine or treatment. Recently, in Indonesia, there’s a form of treatment which is said to have already improved the health of the locals there. So what do they need to do actually? Simple, just lay down on the train tracks. In the province of Rawa Buaya, West Jakarta, it was found that many villagers are going through a form of “therapy”(治疗) by sleeping on the train tracks. They will begin the treatment from late in the afternoon to early evening when the sun begins to set. It is said that the small amount of electrical current that runs through the tracks will help cure some illness.
However, their actions were objected by the government as the voltage that runs through the tracks cannot be known and might affect their body instead. I would like to advise those who are interested in going for alternative therapy, please pay more attention to it and really find out the facts behind those treatments. You might be putting your life in danger.
本时文内容由奇速英语国际教育研究院原创编写，未经书面授权，禁止复制和任何商业用途，版权所有，侵权必究！（作者投稿及时文阅读定制请联系微信：18980471698）
请先登录
最新评论
点击显示
本文翻译请先完成本篇阅读