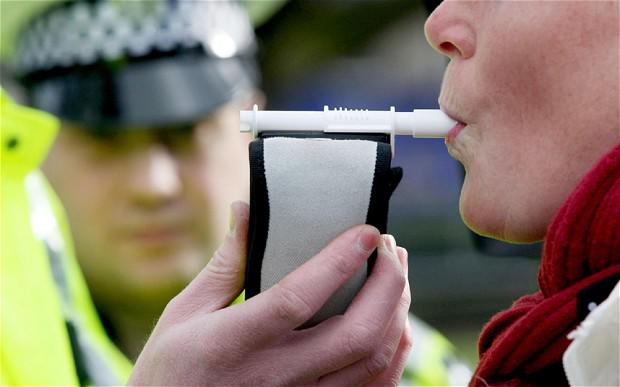 Football fans across the country could soon be breathalyzed before entering grounds in order to ban anti-social behavior and drunkenness at matches. It will be firstly practiced at Saturday’s game between League Two sides, Cambridge United and Burton Albion.

Staff taking charge at Cambridge’s Abbey Stadium will be presented with breathalyzer devices called AlcoBlows, which will be used to measure whether fans are too drunk to be allowed entry. Although the breathalysers will not be used on every supporter attending the match, anyone who appears to be drunk will be asked to blow into the device.

If they are found to give a sample of 70 microgrammes of alcohol per 100 millilitres of breath, which is twice the legal drink drive limit, they will be refused admission.

It is hoped if it works well at Cambridge United it could become a regular practice at some of the bigger grounds including Premier League stadiums.

Sergeant Ian Wood of Cambridge shire Police said there were a number of alcohol-related laws around sporting events and these included the offence of trying to enter a sports ground while drunk. “We accept that a responsible fan may consume a moderate amount of alcohol before a game, however, we are focusing on the over drunk people who are most likely to cause problems during or after the game. The breathalyzers will detect anything above twice the legal drink-drive limit.”

But supporters’ groups said the scheme was unnecessary as football arrests were at their lowest point ever and checking men already had the power to stop fans if they thought they were too drunk. Amanda Jacks of the Football Supporters’ Federation, said: “It is mainly a scheme aimed at pub goers and clubbers. But now it extends to football fans and puts a bad image on football fans. For years the checking men have already had the right to decide on ‘drunkenness’ and refuse entry to supporters. We’re not sure what will be achieved by introducing this new system.”