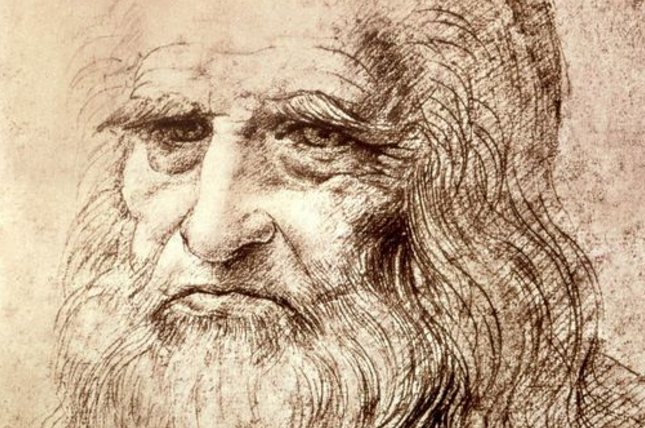 In May, the world will mark 500 years since the death of Leonardo da Vinci. Art galleries and museums are preparing shows to honor the life and works of the artist Leonardo, who died in France on May 2, 1519. He is remembered as one of the greatest artists and creative thinkers of all time. Among his most famous paintings are The Mona Lisa and The Last Supper.
Recently, researchers were studying what they think is da Vinci's earliest-known artwork. They used special lighting to study the work and discovered there were two images, not one. One drawing was on the back of the piece, which is dated on August 5, 1473.
The drawing on the front, made when Leonardo was 21 years old, shows a river valley and a castle outside the city of Florence. There is little left of the drawing on the back, perhaps because it was rubbed off. Only a bridge over a river can be seen. But there is writing on both sides.
The writing on the front gives the date and goes from right to left. Some people would call this "mirror writing". Leonardo often wrote this way in his notebooks. On the back, the handwriting goes from left to right and tells about an agreement, probably to produce a work of art.
Cecilia Frosinini is an art historian. She said Leonardo was born left-handed, but was taught to write with his right hand from a very young age. By looking at his writings, including from this drawing, one can see his right-handed calligraphy is educated and well done.
Experts compared the two handwriting samples and said they were both made by Leonardo. They show he could write well using both his left hand and his right hand. The drawing is known as Landscape 8P from its number in an art catalog. It will be part of an exhibit at Italy's Uffizi Gallery.
本时文内容由奇速英语国际教育研究院原创编写，未经书面授权，禁止复制和任何商业用途，版权所有，侵权必究！（作者投稿及时文阅读定制请联系微信：400-1000-028）